How most people do not have success on conventional diets, percentages etc 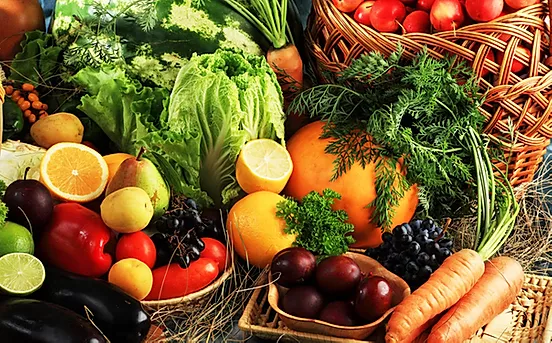 In our society, thinness, weight control and a clear association of body image with social success are the order of the day. But following a Conventional diet goes further. The health dangers are derived from metabolic problems caused by the follow-up of a bad diet or a poorly controlled diet, especially when it comes to a diet that promises great results without much effort and lacks control by health professionals.

Many people look for that formula or magical diet that will make us lose weight quickly, age slower, be healthier or have a “sculptural body”. To all these desires is added the one that is easy to follow and does not involve too many sacrifices or “forbidden foods”.

Are we too optimistic and think there is an all-in-one? The answer is very complex and far from the conventional diet we knew or the classic recommendations to eat less and exercise more. In this context of forgetting the conventional diet that is supposed to “serve” for everyone, we have moved to the concept of personalized or individualized nutrition for each type of person.

Conventional diets are still used to achieve weight loss in patients with problems of overweight or obesity. This is because they cause a loss of weight that results in a loss of fat mass.

When implanting a Conventional diet, what we intend is to provide an insufficient amount of energy to allow a correct functional activity and we implant it continuously; It is not about something raised occasionally, but in a planned way.

The measures implemented by this system are the following:

WAYS TO USE RESERVATIONS

First glycogen is used and then fats and proteins. Since the weight control center does not know how long the restrictions will last, we try to make the reservations last as long as possible. This prolongation of the duration of the reserves will determine the success of the Conventional diets. From the outside a restrictive diet is applied, while from our body we try to spend the minimum reserves so that it affects the minimum possible to our health.

Another of the first measures taken by our body is the reduction of energy expenditure. Thus, when there is an increase in the contribution of calories from the diet, the surplus will be destined to strengthen reserves. Therefore, when we undergo a Conventional diet, physical activity also decreases, it is more lazy to move, the performance of any physical exercise is even heavier.

Diet-induced thermogenesis is also reduced. The heat produced by digestion is reduced and, with it, the amount of calories consumed each time we start a digestive process.

On the other hand, cold-induced thermogenesis is maintained because it does not affect the quality of life, but its intensity is reduced and alternative measures are sought such as shelter, approaching heat sources, etc. 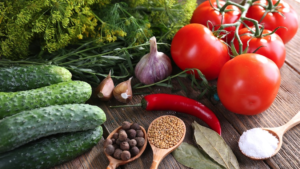 Always, with a Conventional diet, the sensation of cold is more intense and cold and affects our body more. The effects are noticeable in all systems. In the circulatory system, for example, it is observed that in cold conditions the circulation is lower in the extremities. This happens because what the organism does is minimize energy losses to reduce caloric consumption. This reduces circulation to a minimum and prevents heat loss. This can cause a problem like chilblains.

The decrease in thermogenesis and physical activity implies a reduction in energy expenditure. At the same time, there is also a slowdown in many other metabolic activities such as a reduction in protein turnover and a stop in the conversion of glucose to fat. This reduction in energy expenditure can be so great that the energy provided by the Conventional diet can be matched, so that we will not be able to lose more weight since we will not mobilize more reserves. This process of reducing spending is not immediate, but progressive and decreases more and more, as the energy deficit of the diet is maintained. For this reason the weight loss is getting smaller, because there is a progressive decrease in the consumption of the energy contained in our reserves.

A strongly Conventional diet always ends with a forced energy saving rather than a less restrictive diet, but fat loss in the first few days is much greater. A less Conventional diet does not produce such marked effects, but its effect on fat mass is also much milder.

Conventional diets can lead to a series of dangers for the functioning of the organism due to three causes:

Regarding the composition of Conventional diets, these should contain a good amount of protein, some lipids to cover the contribution of fat-soluble vitamins and essential fatty acids, fiber and microcomponents. The problem is that, often, the diet cannot contain, due to the low caloric intake, all these components. Therefore, the low caloric intake necessarily forces to restrict certain nutrients from the diet. They are usually the carbohydrates or lipids that are going to be reduced, which forces the use of proteins as an energy source.

The role of proteins in the diet is fundamental, because they intervene in the protein maintenance of the organism and, on the other hand, play a fundamental role in the defense mechanisms of the human body. If the diet does not provide enough protein, the problems can become as serious as a high increase in the mortality of people who follow the diet (this could be due to heart failure due to problems in protein turnover in proteins contractile myocardium). These deaths usually result in a heart failure that the diet can aggravate in people already predisposed, with a latent danger or with a markedly high cardiovascular risk.

There is an effective limit of the amount of fat that we can lose with the Conventional diet or with other types of restrictions such as surgical operations. But there is also a limitation of the implantation of Conventional diets over time. Several alterations must be taken into account:

Therefore, the duration of a Conventional diet must be limited in time. As long as the energy reduction is drastic, the implementation of the diet cannot last more than a month. A relative recovery period can then be implanted and the dietary treatment started again. On the other hand, the global dietary restriction shouldn’t be indefinite, because there is a danger that the organism adapts to work with very low energy inputs, which would cause great difficulty in a subsequent loss of weight.

Medical control is essential in the control of Conventional diets. A study that was carried out in patients undergoing a Conventional diet showed that, only 2 weeks after the start of the diet, about half of the patients presented electrocardiogram abnormalities.

The medical control must mainly affect the formulation of the diet, components, proportions, energy and duration of the diet. The diet must be fully customized for each individual, oriented to their characteristics, age, previous illnesses, sex, habitual caloric expenditure, initial weight, etc. Also, a diet must be necessarily balanced and varied. An inadequate diet can harm the patient not only by not causing him to lose weight, but by metabolic alterations, in addition to the possible dangers and damages that this may cause in the long term. There are inappropriate diets for everyone, and others that can only be followed by certain patients in some special situations.

A side effect is often observed in diets, which we could describe as a weight gain even greater than the initial one once the patient has performed the diet after the diet. It is therefore a long-term effect that is exactly the opposite of what we intended to achieve.

This adaptation to the diet arises from three aspects:

The danger of the side effect and the cyclical effect of diets has led many specialists to think that indiscriminate monitoring of Conventional diets is one of the main causes of obesity in the world.

Only for 5% of patients who have been applied a Conventional diet after 10 years get significant weight loss and can maintain it. The remaining 95% is refractory to dietary treatments.

Inappropriate, indiscriminate use of Conventional diets leads to refractory cases of obesity. They are usually diets accompanied by diuretics, thyroid hormones and amphetamines without any control by health professionals.

The patient’s energy balance control centers have learned to overcome the periods of diet and adapt to decreases in energy intake without almost altering their weight.

This causes that – if there has been a minimum loss of weight – there is a great propensity to recover the losses of fat mass at the time when energy is once again available.

They are patients who fail to lose weight significantly with any diet. Also, there is a tendency to increase the weight even more, which greatly concerns the affected person.

This usually happens in dietary treatments that exceed 3 months and forces to reduce the caloric content of the diet in successive treatments to succeed and avoid refractory treatment.

TIPS FROM THE PHARMACY

There are many uncomplicated lifestyle habits, that can help you lose weight and that have nothing to do with conventional diet or exercise plans.

You can make use of smaller plates, eat more slowly, drink water and try to keep away from eating in front of the TV or computer. Prioritizing foods rich in protein and viscose fiber can also help.

However, it is probably best not to try all these things at once. Experiment with one technique for a while, and if that works well for you, try another.

Some simple changes can have a massive impact on your weight in the long term.